I recently authored a piece for Governing on how the sharing economy has interesting implications for the future of local governments. Click here for the article. This paper is based on a research study that my team completed on how technology is shaping the future of government. The complete report will be released by the Brookings Institution.

My article with Alison Sutherland on information technology metrics appeared in the April 15 print edition of Federal Computer Week. Click here to see the article. The web version of the article is available here. 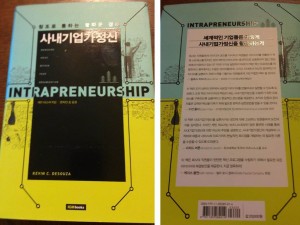 The Korean Edition of Intrapreneurship: Managing Ideas Within Your Organization (University of Toronto Press, 2011) was just published by Institute of Global Management.

Rashmi Krishnamurthy and I have a paper accepted for publication in Information Polity. The paper, Big Data Analytics: The Case of the Social Security Administration, is one of the many case studies conducted during my research for my report on Big Data, published by the IBM Center for the Business of Government.

Public agencies are investing significant resources in big data analytics to mine valuable information, predict future outcomes, and make data-driven decisions. In order to foster a strong understanding of the opportunities and challenges associated with the adoption of big data analytics in the public sphere, we analyze various efforts undertaken by the United States Social Security Administration (SSA). The SSA, which is commonly referred to as the “face of the government,” collects, manages, and curates large volumes of data to provide Social Security services to US citizens and beneficiaries living abroad. The agency has made great strides in the burgeoning big data space to improve administration and delivery of services. This has included: (1) improving its arcane legacy system, (2) developing employee and end-user capability, (3) implementing data management strategies and organizational architecture, (4) managing security and privacy issues, and (5) advocating for increased investment in big data analytics. Despite these efforts, the SSA is still in the early stages of developing capability in the domain of big data analytics. By outlining challenges and opportunities facing the SSA, we discuss policy implications and explore issues to consider when public agencies begin to develop the capacity to analyze big data.

The paper is scheduled to appear later this year, in Vol. 19, Issue 3.

Kena Fedorschak, Srivatsav Kandala, Rashmi Krishnamurthy, and I won the Herbert A. Simon Best Paper Award at the Ninth International Conference on Design Science Research in Information Systems and Technology.

The paper, Data Analytics and Human Trafficking, highlights our efforts toward building IT solutions to combat human trafficking at the ASU Decision Theater. 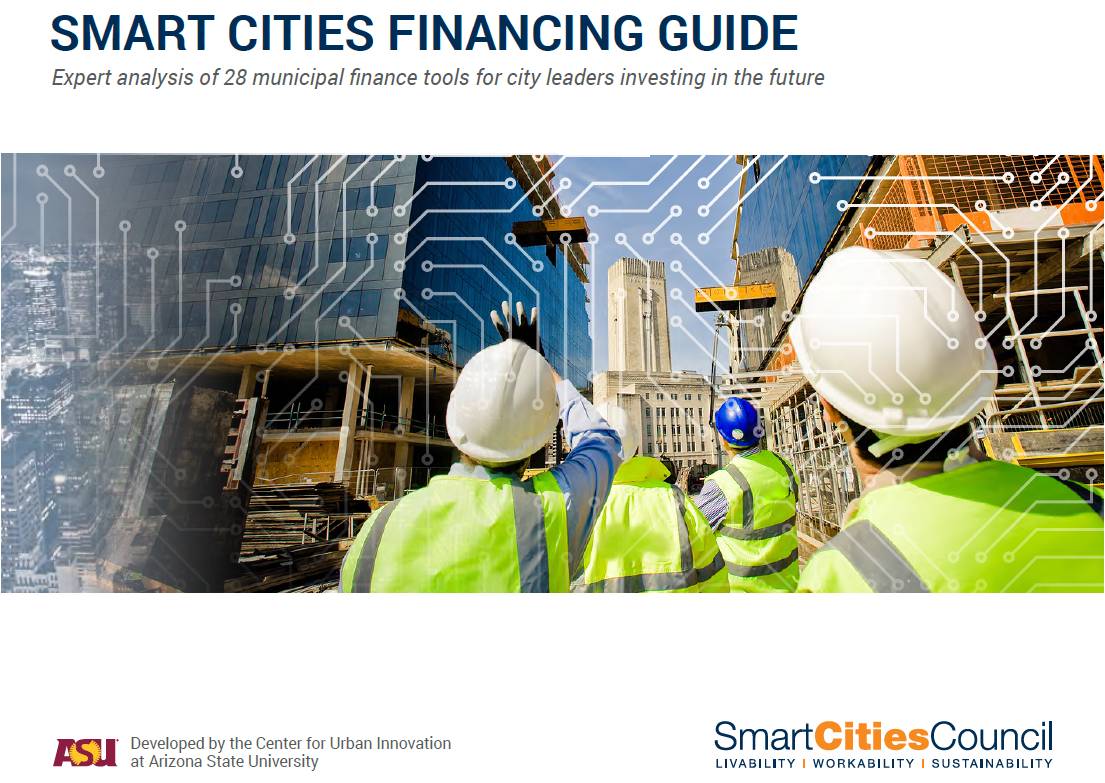 In collaboration with my colleagues, David Swindell, Jonathan GS Koppell, and Kendra L. Smith, I authored the Smart Cities Financing Guide for the Smart Cities Council. This guide highlights 28 of the most promising financial tools — including alternatives to the traditional funding mechanisms municipalities have used for decades. It also includes:

The press release can be found here [LINK].

About the Smart Cities Council

The Smart Cities Council is the trusted advisor to equip cities with tools and knowledge to cope with expanding populations, shrinking budgets and aging infrastructure. It is comprised of the world's foremost smart city practitioners advised by unbiased, independent experts, including top universities, national laboratories, standards bodies, climate advocacy groups and development banks. The Council’s goal is to accelerate the growth of smart cities worldwide by providing city leaders with best practices and vendor-neutral guidance on technology, finance, policy and, citizen engagement. For more information, view a brief introductory video about the Smart Cities Council.

I am thrilled to be invited back to address the Advanced Practices Council (APC) of the Society for Information Management. The APC commissioned a research report on mobile app development in highly regulated industries. Over the last few months, I have collaborated with Paul Simon (CEO of iHear Network and my former graduate student at the University of Washington) on this research report.The presentation will take place on Jan 22, 2014 at the Intercontinental Buckhead in Atlanta, Georgia.

Mobile computing has the potential to be as disruptive to the status quo as the introduction of the modern Internet in the 1990s or the Model T was nearly 100 years ago. Organizations need to not only understand the risks of mobile computing, but develop strategies to incorporate it before it fatally disrupts their current business model. Some of the rewards of a well thought out mobile strategy include increasing revenues or new revenue streams, greater brand awareness and customer loyalty, and a new set of tools to increase employee productivity. Firms in highly regulated industries face an even more complex set of challenges when considering how to approach the mobile space. Highly regulated industries have additional constraints for developing mobile software because of the additional layer(s) of regulation that dictate the protection and communication of information. It is important for these businesses to implement comprehensive security solutions that go beyond standard industry regulatory systems. Since regulations always lag behind technological advancement, organizations should think more proactively about how their actions might trigger future legislative responses and how their actions impact the user’s expectations of privacy and trust. Although there are risks associated with an organization’s increased use of mobile devices, the rewards that could flow from developing, implementing, and continuously iterating upon a coherent mobile strategy are enormous. In a Pew Research Center study, 63% of adult cell phone owners use their cell phone to go online, 34% said they do most of their internet browsing on their mobile phone. It would be detrimental to the long-term viability of an organization to ignore such trends. Traditional linear modes of developing strategy will not be sufficient or flexible enough to keep up with the rate of innovation in mobile hardware, software, and mobile operating systems. Design thinking has grown beyond just a methodology for developing software products and experiences and now a growing amount of managers are using design thinking as a means of developing business strategy. This non-linear mode of strategy development is better suited for building a mobile strategy as it will provide greater insight into the needs and desires of end users, foster innovative and creative solutions, and provide greater flexibility to adapt to the changing circumstances caused by the disruptive forces of the mobile revolution. This enables the Chief Information Officer (CIO) to provide greater leadership that leads to both internal and external innovative opportunities for mobile strategy development. 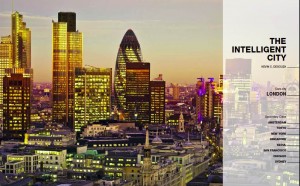 To read the editorial of the special issue, please click here. The special issue was edited by  Claire McInerney and Ziad Matni, Rutgers, the State University of New Jersey. 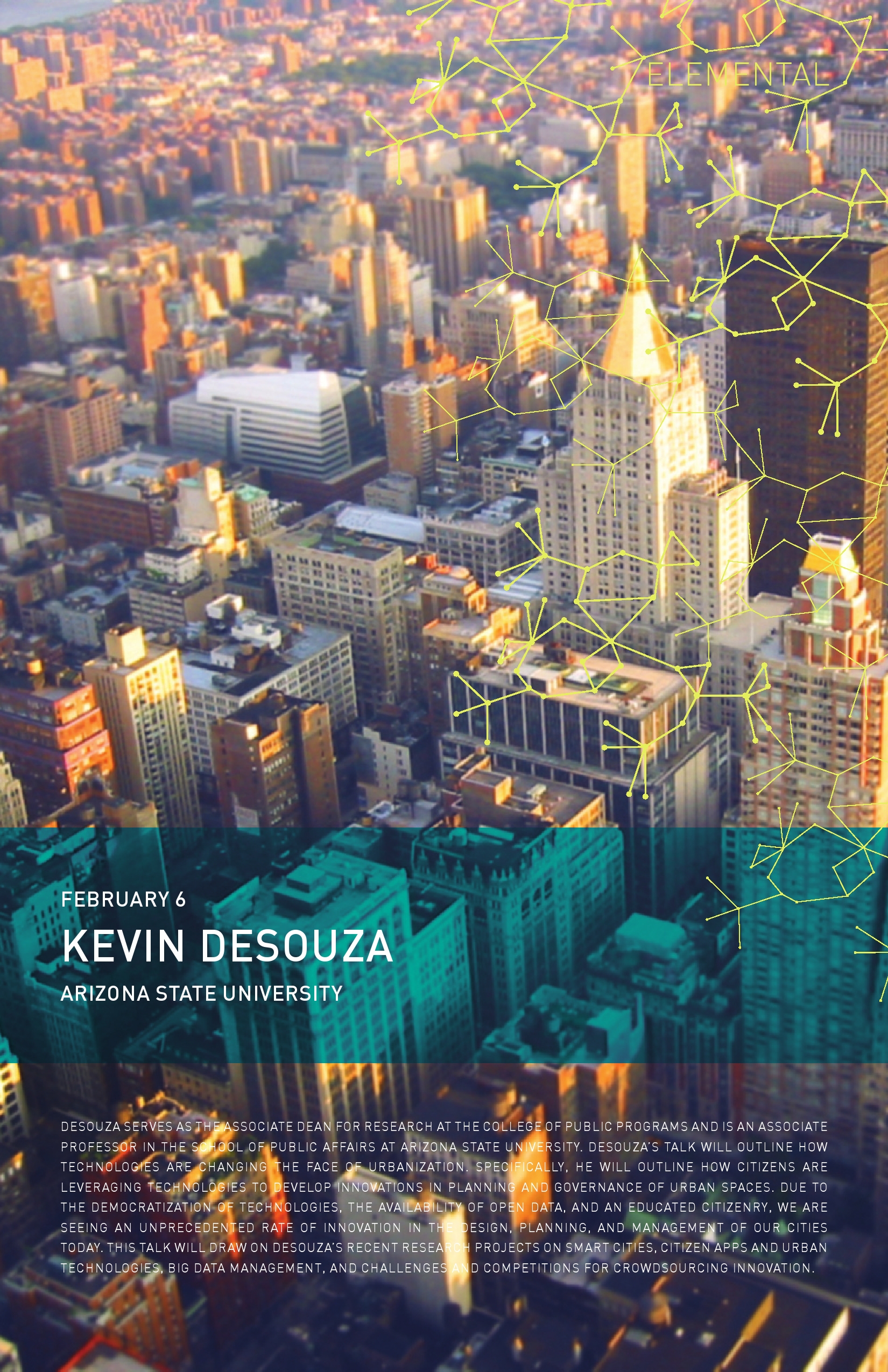