Blog
You are here: Home / Blog / Center for Public Administration and Policy / Technologies in Public Agencies and in PA Research: Three Mini-Cases of... 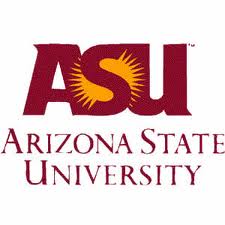 Emerging technologies are transforming public agencies and the nature of governance. Public Agencies have long recognized the value of information technologies for achieving their missions, streamlining operations, and communicating with the public. Yet, the track record of public sector information systems (IS) projects - system acquisitions, design and deployment - has been sub-par. I contend that one possible reason is their dual personality. They are both (a) public sector projects and (b) IS projects. Contemporary research on public sector IS projects often emphasizes the former but not the latter, often relegating technology to a “black box.” I will argue that this posture is not only unacceptable but also dangerous. Public administration researchers cannot simply relegate the study of technologies to other disciplines. Today, several factors require us to change our stance on the role of technologies in public agencies and in public administration research, including the amount of taxpayer money that is spent on technologies, the democratizing of technology, and the rise of open data programs. Toward this end, in this presentation, I will briefly present three mini-cases of user-inspired research. The first case will highlight the use of sentiment analysis of secondary data on the IRS Business Systems Modernization. Extracting stakeholder Sentiments and Confidence from documents, with a view to exploring how such measures may offer early indications of project progress and assist managers to prevent undesirable future outcomes. The second case will highlight how innovative public managers are leading the way in deploying technology sophistically for superior citizen engagement. The US Census Bureau used technologies not only to complete the 2010 census under budget, but also deployed them innovatively to engage citizens through the design of viable participatory platforms. The Census Bureau also effectively managed risks associated with using emerging technologies. The 2010 Census campaign focused on increasing response rates and encouraging citizen participation through innovations in the communication process with citizens and the infusion of technology. The third case will describe an ongoing project that seeks to understand the motivations of government agencies, software developers, and the public on the creation and use of (mobile) apps for urban governance.

Tweets by @KevDesouza
Leveraging Technologies in Public Agencies: US Census Bureau and the 2010 Census... Five Simple Rules for Managing Your Ideas within Your Organization
Scroll to top